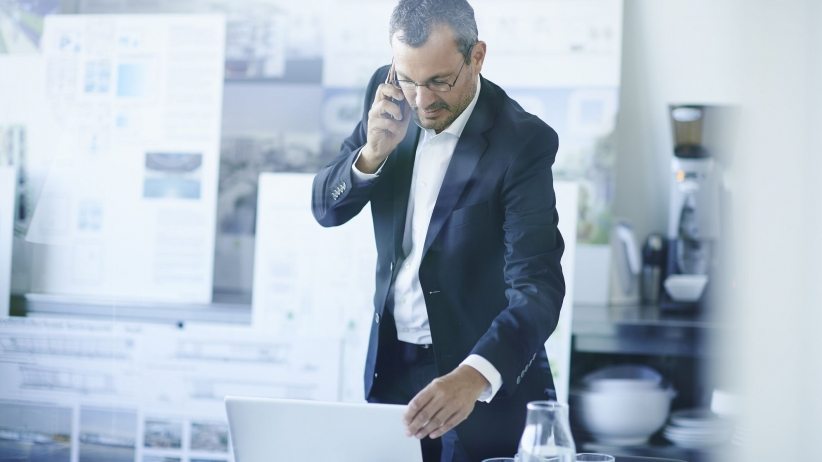 There are few experiences as exciting as building a company that is trying to solve a major problem. Unfortunately, 90 percent of startups fail. What makes the 10 percent successful?

As author of The 2 AM Principle and founder of the Influencers Dinner, a private community of influencers ranging from top business executives to members of royalty, I have seen many startups rise while others fall.

Often, those that fail have founders who don’t realize that they are delusional. The biggest deterrent to your success isn’t what you don’t know. It is what you believe is true, but is in reality, inaccurate. If you fall prey to these five delusions, it will kill your company. If you want to be successful, be aware of the most common entrepreneur delusions and how to avoid them.

Curse of knowledge is when a person is so familiar with a concept that they can’t see the world through the eyes of someone who doesn’t have that knowledge. Stanford graduate Elizabeth Newton demonstrated this cognitive bias in a 1990 experiment.

Participants were assigned two roles — listener or tapper. Tappers were asked to tap the rhythm of a song that they were thinking of in their head. Listeners had to guess what the song was based on the tapping rhythm. When tappers predicted how often the listeners guessed correctly, they vastly overestimated, saying that listeners would identify the song 50 percent of the time. In reality, it was less than 3 percent. That’s right — only three out of the 120 songs tapped were guessed correctly.

Why were their estimates so far off? When tapping the song, participants heard it clearly in their head and assumed that it would be as obvious to the listener as it was to them. Many entrepreneurs think that they have the perfect solution to an obvious problem. They mistakenly believe others will see it as they do. As a result, it becomes incredibly difficult to communicate the value in a way that others will understand.

It is natural for us to get frustrated when people don’t understand. However, the responsibility to convey your idea clearly falls on you. Whether you are pitching to investors or selling a product to potential customers, practice many times with people who have no exposure to what you do. Ask what they understood and what they didn’t.

Without an awareness of perceived frequency, you make decisions based on your feelings and emotions, rather than on tested ideas and data. Learn about other industries and concepts. You’ll reassess the importance of your idea in a larger scope.

Famed researcher and author Dan Ariely popularized the IKEA effect. People disproportionately value their IKEA furniture because they invest time into assembling it. We overestimate the value and importance of anything we put effort into, ranging from friendships to companies.

Seek input from those who have not invested time and effort into your project. It will help you make hard but objective choices, like closing an underperforming location or letting go of an employee that is holding everyone back.

People will often run a new idea by their friends for feedback. That is a terrible mistake. Your friends love you. Anything you pitch will not be judged objectively. They will likely say it’s wonderful. Since we aren’t close friends, yet, I’ll tell you the truth: Your idea for a Skype-based cat therapy program is horrible.

How do you get honest opinions from friends and colleagues? Tell them that your friend is starting a company based on X concept. Ask if you should work for the company. They’ll want to protect you and your career. Ask colleagues what they would think if a competitor launched X program or product. Frame it as if it came from a source that they aren’t connected with, and you’ll get more objective feedback.

Related: Ask These 7 Questions to Get the Honest Feedback You Need

When people tell you that they are going to do something, don’t believe it. If I asked you to buy a product or take a survey, you imagine yourself taking action. But, there is a big difference between imagined action and actual action. People who say they would buy a product or use a service rarely do. It is not that they are lying when they answer the question. Their responses are based on perception not action.

Don’t ask people if they will buy a product. Sell it. If you have a significant number of preorders, move forward with development.

Startups fail all the time and for many different reasons. Often, the underlying cause can be traced back to a delusion. Knowing those delusions and how to avoid them can make or break your company. For more insights and tales of adventure, pick up a copy of The 2 AM Principle: Discover the Science of Adventure.

Jon Levy is a behavior scientist best known for his work in influence, networking and adventure. He is founder of the Influencers Dinner and author of a new book called The 2 AM Principle: Discover the Science of Adventure.
Read more